Due to the current recommendations from the Government and the Scientific Health advisors, the Management Committee have had to take the decision to temporarily close the Hall. Hence for the time being, the hall is not available for hire and all existing bookings are cancelled with immediate effect.

We will review the temporary closure on a weeky basis and will re-open as soon as we are advised it is safe to do so.  We will keep you informed on a regular basis.

IN MEMORY OF LEWIS BIRT

The picture of a bench is in commemoration of Lewis Birt the first Chairman of the hall who was instrumental in saving the Village Hall from demolition in the 1990's. It was under Lewis's leadership that funds were obtained and with a small band of dedicated people the renovations of the hall was completed which provided a supurb community facility. Lewis went onto apply for Charitable Status for the hall, which was approved.

The Town Mayor, Paul Mackin, our present Chairman Richard Ford and Committee members all attended the unveiling of the bench. The Chairman commented -

"Lew formed the Committee in the late 90's to stop the hall from falling into disrepair. Over the next 15 years or so, under Lew's leadership, many improvements were made to the hall, to what we have today. The bench will be placed in the newly improved rear garden, where users will be able to sit and talk". 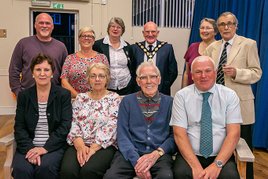 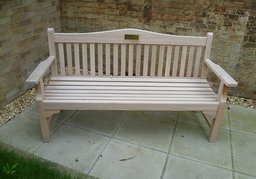 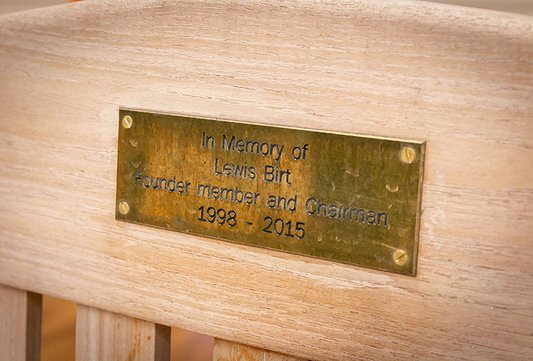